The Evolution of Spider Silk 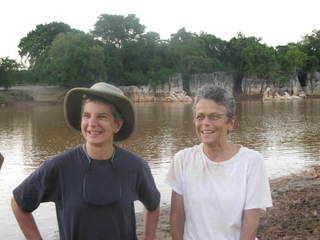 Leslie Brunetta grew up playing in the woods and ponds of Golden's Bridge, NY. Although she had always been interested in science and nature, and even took taxidermy lessons as a kid, Leslie fell in love with words and set off toward English major-hood. She graduated with an AB from Princeton and an MPhil from St. Catherine's College, Oxford, where she was a Fulbright Scholar writing about Elizabeth Bowen and Henry Green. Next, she worked as the assistant editor of the Alumni Magazine Consortium at Johns Hopkins and then as a case writer at Harvard's Kennedy School of Government before freelancing for various publications, including Technology Review, Sewanee Review, and The Federal Reserve Bank of Boston Regional Review.

Catherine L. Craig grew up on a citrus farm in Ventura, CA, keeping an eye on weather, plants, birds, and bugs. At Stanford, Cay majored in Human Biology. Through that program, she spent six months as part of Jane Goodall's team following chimpanzees through the forests of the Gombe Stream Research Center in Tanzania. This experience convinced Cay that she wanted to continue studying animal behavior in the field. While pursuing her MA in Zoology at Berkeley, her focus shifted to include evolution and ecology. After UCB, Cay worked at the Tropical Science Center in Costa Rica and mapped the trails of the Monteverde Cloud Forest Reserve. It was on the Sendero Pantanoso (swamp trail) that she stumbled on the fascinating world of spiders and their webs, which offered many experimental possibilities. By the 1990s, having gained her PhD in Ecology and Systematics from Cornell, Cay was a leading arachnologist, and her work had captured the attention of esteemed science writer Natalie Angier and the TV series Scientific American Frontiers, which followed Cay and her students Jennifer Maas and Cheryl Hayashi (who later won a MacArthur "genius award") as they explored the co-evolution of web-spinning spiders and their prey at the Smithsonian Tropical Research Institute's Barro Colorado Nature Monument in the middle of the Panama Canal.

Leslie and Cay's paths first crossed in the late 1990s, when their husbands both worked at Arthur D. Little, Inc. By 2001, Cay was a Research Associate at Harvard's Museum of Natural History and a fellow at the Mary Ingraham Bunting Institute and Leslie was home with her two small daughters, proofreading and copyediting and writing the occasional commentary for National Public Radio. A producer at NPR told Leslie they would accept her commentary "Evolutionary Swimming" if she got it vetted by an evolution scientist. "No problem. Thanks," said Leslie calmly, the way freelancers do, before hanging up the phone and flying into a panic: "Now what??? I don't know any evolution scientists!" But her husband had a brilliant idea: "Wait a minute. Doesn't Bob's wife do something with evolution? Call her." Cay obliged, and NPR took the commentary.

Cay then asked Leslie for some help on her nearly finished monograph, Spiderwebs and Silk: Tracing Evolution from Molecules to Genes to Phenotypes (Oxford University Press). While reading it, Leslie began to recognize that although she regularly read science articles and had thought she understood evolution, she had been harboring some major -- and, she realized, very common -- misconceptions about the process of natural selection. Plus, she was blown away by the diversity of spiders, the intricacy of their silk systems, and how their silk proteins helped her see how small genetic changes could eventually lead to evolutionary change. Leslie knew this was a subject she could really sink her teeth into. Cay had always wanted to communicate the secrets of spiders to a wider audience. Both thought spiders could help nonscientists better understand natural selection. And so Spider Silk slowly started taking shape.

Today, when not working on spreading the word about spiders, Cay leads the CPALI project (www.cpali.org), whose goal is to develop a conservation enterprise system that invests farmers in maintaining protected areas while lifting them from subsistence lifestyles. Leslie is starting work on a new book project about energy. 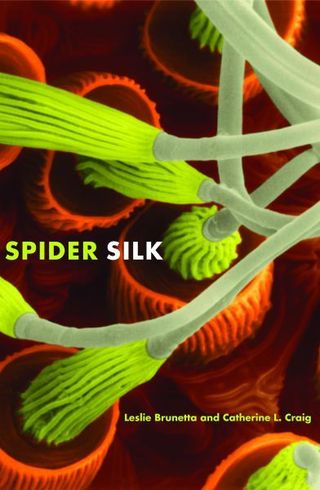